Child Marriage: A Curse to Last for a Lifetime

The blog raises awareness on the issue of child marriage in the light of case studies, facts and efforts, provided by national and international organizations.

She was 10-years-old when she came to our house, here she was taught the Quran, Math and a little bit of English and Urdu. Sonia stayed with us for five years, assisted my parents in doing house chores efficiently and looked after my daughter. Little did we know that a drastic decision of forced marriage to a drug addict would change her life. It was a settlement made by her greedy mother who was bent on destroying her life. My parents and I did everything within our power to convince Sonia’s mother but she didn’t listen and focused more on building financial assistance for her daughter. Finally, the day came, when she left us for a ‘prosperous future,’ as her mother claims now.

The incident left me in great despair and I wondered if girls are destined for such lifetime miseries, known as child marriage. Child marriage refers to those unlawful and legal practices in which boys and girls are married off before they reach a minimum age of adulthood. Internationally, this practice is considered a hideous crime and an act of human rights violations. Unfortunately in Pakistan, this crime has increased drastically, according to World Health Organization recently published study “more than 140 million underage girls are likely to get married between the years 2011-2020.” 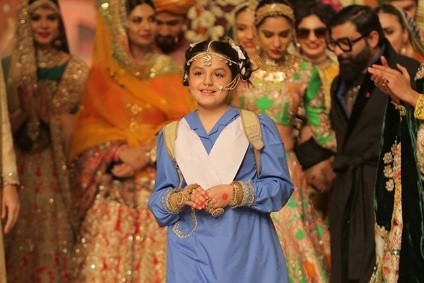 It is saddening to see that 21% of girls in Pakistan are married before their 18th birthday and 3% are married before the age of 15. According to UNICEF, Pakistan has the 6th highest number of absolute child brides in the world – 1,909,000. The average age of marriage is lowest in rural areas and in Gilgit Baltistan.

These statistics are alarming and driven by the beliefs that girls are ‘inferior’ to ‘boys.’ She is a ‘born burden’ who has to be married off to resolve disputes or debt imposed by a council of elders. The watta satta (barter trade of brides) and pait likkhi (marrying girls off before they are born) are very common practices in rural areas. Our deeply rooted patriarchal society continues to encourage child marriage and considers it a ‘shameful act’ among girls who marry late. Similarly, marriages among families or tribes (addo baddo) is another very common trend. A total of 34% of married 16-17 year old girls are married to a first cousin on their father’s side.  Many Pakistani Muslims hold religious perspective that girls are required to marry off once they reach puberty. This is done to protect a girl’s honor and of the importance attached to their chastity. It was also noted that dropping out of school is a major reason and consequence of child marriage. A 2017 study shows that each year of additional secondary education reduces the risk of child marriage by 3.4% in Pakistan.

However, the country is deeply committed to ban early child and forced marriages by 2030 in line with target 5.3 of the Sustainable Development Goals. Pakistan ratified the Convention on the Rights of the Child in 1990, which sets a minimum age of marriage at 18, and the Convention on the Elimination of All Forms of Discrimination Against Women (CEDAW) in 1996, which obligates states to ensure free and full consent to marriage. However, it noted that this is subject to the provisions of the Constitution of the Islamic Republic of Pakistan. During its 2018 Universal Periodic Review, Pakistan agreed to examine recommendations to make the minimum age of marriage for women and men 18. Recently, Senator Sherry Rehman presented an amendment to the Child Marriage Restraint Act, 1929, that states that the minimum marriageable age in Pakistan is 16 during a meeting of the Senate Committee on Human Rights. The senator proposed that the minimum age be raised to 18. The committee approved her amendment and the bill has been sent to the cabinet for approval and will be presented before parliament for final approval soon.

Several government alliances are actively advocating for legal reform at the provincial and federal level. There is a working group in Khyber-Pakhtunkhwa which is dedicatedly functioning for the cause of child marriage. Also, Pakistan’s 2017-2025 National Education Policy focuses on eliminating gender disparity in education and encouraging families to send girls to school.

Personally, I feel that child marriage cannot be curbed through legislation only but needs coordinated efforts from the government, the civil society and the media to eliminate this curse, which snatches away the innocent joys. It should be understood that Pakistani girls need equality, education and quality healthcare rather than husbands. Child Marriage: A Curse to Last for a Lifetime